This unique herd of cattle has (apart from one 65-year break) been in the continuous ownership of the Shirley family for 700 years.

In 1248, the Baron Ferrers of Chartley, Bouchier and Louvaine was given permission by Henry III to fence in a thousand acres of the Needwood forest in Staffordshire. The wild white cattle which lived in that forest were rounded up and driven into the fenced area, in which they remained until 1905, and the species has been preserved ever since, making the Chartley Herd a unique breed under White Park Cattle grouping.

The 13th Earl Ferrers brought the herd to Ditchingham in the 1970s, since when they have lived in the Park.  The cattle remain at Ditchingham today:

Occasionally, an all-black calf is born in this white herd.  In former times, such a calf was always instantly slaughtered – according to legend, the birth of a black calf meant the death of the current Earl within a year.

But generally, for the Chartley herd, modern life doesn’t get that dramatic. 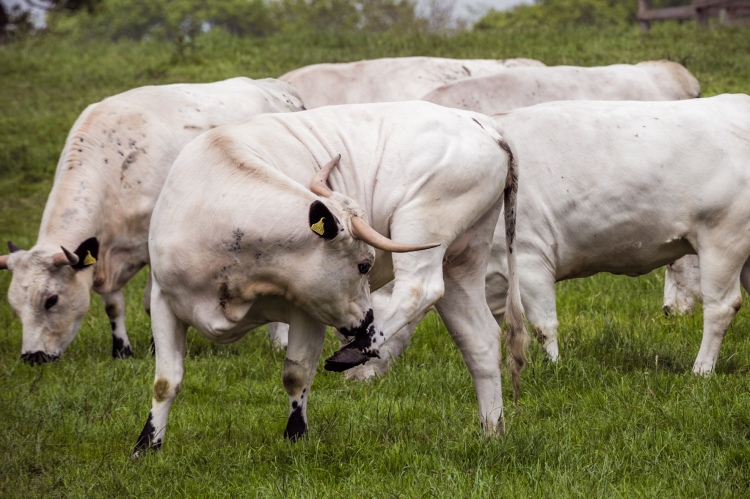